With our second child due soon, my wife’s friends are planning to throw her a “sprinkle,” which is the name of a smaller, not-your-first-kid baby shower and a word I will spend the rest of my life trying to avoid saying.

As one does when generous friends plan to ease the stress and expense of preparing for a major life-changing event, my wife has started a baby shower registry. I have not seen this registry, and I may never see it. I may even be fabricating the fact that she even started one. I haven’t been paying attention. 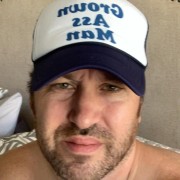