We were walking home from church one Sunday. My eight-month pregnant wife started telling me about some woman at her company who had a C-section and told the doctor to tie her tubes while he was at it.

I was only half-listening, half-watching our 4-year-old daughter play hopscotch with the cracks on the sidewalk. Suddenly, I heard, “Well, one of us should get something like that done.”

Then she gave me a “you’re up, buddy” pat on the back.

That’s how I learned I was getting a vasectomy.

To be fair, there wasn’t a whole lot to discuss. Like most New Yorkers, the joy of finding out we were having another child soon gave way to “Um, where are we going to put this thing? And how are we going to pay for everything it needs?” (Answer: Make it up as we go).

We already had a mutual understanding that two kids would be all we could handle. Still, some mental hurdles had to be cleared. There’s a difference between “I prefer not to” and “biologically impossible.” A vas difference. (Dad humor badge unlocked!) When people in white coats start throwing around terms like “unwanted fertility” and “sterilization consent,” the idea of using condoms no longer seems like such a hassle.

The more I thought about it, though, the more it made sense. We’re in our 40s. Even if we had more money than we knew what to do with and more space than we’d ever need, the fact was that at some point the risks of something going wrong are too much of a gamble. Down syndrome, birth defects, miscarriage – you name it, the odds of it happening get exponentially higher for a pregnant woman in her 40s.

Besides, pregnancy No. 2 wasn’t as smooth as No. 1. My wife’s abdominal wall separated, which is as pleasant as it sounds. A few weeks later, we discovered by accident that the baby had a heart condition which required an emergency C-section. Our son would spend his first 10 days in the NICU. (He’s fine.) Another pregnancy would bring even greater risks, and frankly, she had done enough. The time had come to take one for the team. A team, I might add, that wouldn’t exist without her. When I think about it, my only regret is that she and I didn’t meet earlier in life. But I guess that’s better than never meeting at all.

Your vasectomy may vary from mine

If you’re curious, the vasectomy process is pretty straight forward unless you go to Dr. Nick from The Simpsons or something. My urologist did have a weird habit of explaining crucial details while he was handling my scrotum the way the rest of us would test an avocado to see if it was ripe or needed another day (“Sorry, Doc, I’m going to need you to go over that again. My focus was … elsewhere”).

Due to having an undescended testicle removed, I only have one in operation (potent as it may be), and it rides high, so I had to go to the OR to have the surgery. In most cases, however, you can have a vasectomy done in a urologist’s office. The most uncomfortable thing was the “cold wash” they give you on the operating table.  They’re not kidding around with that. It felt like it was zero degrees Kelvin. My manhood was trying to shrivel up and hide like a cat sensing a thunderstorm.

But then … it was over. They were wheeling me to the recovery room and that was that.

The bounce back was OK, too – just follow medical advice. I was up and walking around inside of 45 minutes. Icing and Tylenol take care of most discomfort. Just avoid lifting/strenuous activity for two weeks — say, during March Madness if you time it right — and you’re set.

My wife picked me up from the hospital and we took a cab home. As fate would have it, it was Valentine’s Day. Some guys get chocolates for their ladies, I made sure she would never get pregnant again. Needless to say, we were staying in that night. Being the cook of the house, we were also ordering in. As the four of us sat down for dinner, I took stock of the woman I married, and the two children we had created. In the middle of the kitchen table sat a vase. The roses I had gotten her were in full bloom.

So was our family. 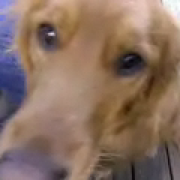