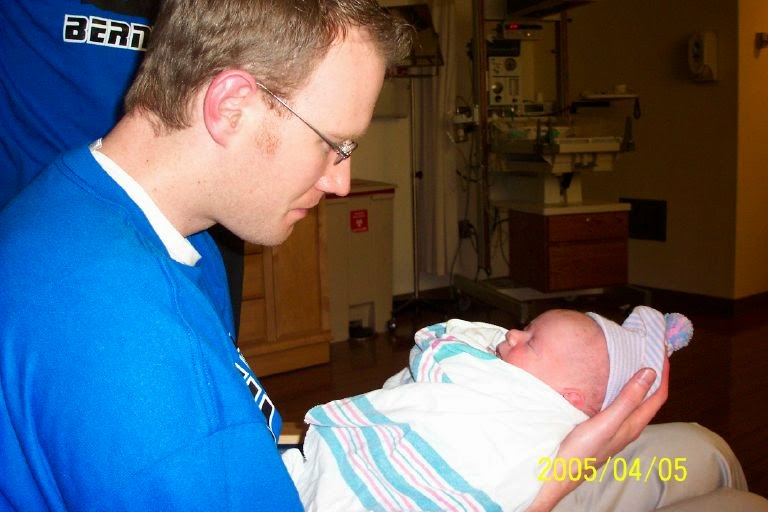 Your first kid is going to scare the crap out of you and, at the same time, make you cry with happiness. I was scared that I was going to do something wrong. The first time I changed my son’s diaper, I was shaking so hard I could barely do it. All the while, my wife laughed the entire time. That helped.

This year, my son turned 10 years old. My baby is becoming more than just that little boy. If I knew then what I know now it sure would be a whole lot easier so I’ve put together 10 tips for dads-to-be. I did all the research, so you’re welcome.

1. GO OUT TO EAT TOGETHER WHEN YOU CAN

Being home with the kid is great, and for the first few months people are going to inundate you with food they prepared to keep you well fed. Once that runs out, you’re going to hate casseroles. My advice: go out with the baby in the infant carrier.

These dry runs not too far from home gave me and my wife a chance to get out together and test taking the baby everywhere. Not to mention, when it is Crab Cracking Tuesday at Red Lobster, that kid isn’t going anywhere while you plow through a pound of crab legs.

Napping is never going to make up for your lack of nighttime sleep. Ever. But enjoy the snuggle time with the baby sleeping on your chest while you play Mario Kart or watch The Walking Dead late at night. You can catch up on your ZZZs when your kid starts consistently sleeping through the night.

3. KEEP YOUR MOUTH CLOSED WHILE CHANGING A BOY

Little boys are like sprinklers when they whiz. Once, while changing my son he peed straight up into my face and into my mouth. I guess they make something called the “Wee Blocker” now because of this very thing. I never made this mistake again as I always kept it covered while the change was happening from then on.

4. DON’T MESS WITH THE BREASTFEEDING

This was probably one of my worst moments as a new dad. I felt like the baby was always with my wife. I felt helpless and sometimes useless. I felt like I should be doing something to help so with the first two, instead of making every effort to let the breast have first billing, I deferred to the bottle which probably confused the kid.

Let’s put it this way: your wife is the chef and you are the sous chef. Do whatever it takes to support her. Get the breast pads, the nipple lotion, the nursing bras, whatever. Do the laundry, keep the house clean, keep her hydrated. Be the best breast supporter you can be. Yes, I said that.

5. ENJOY THE BREASTFEEDING BOOBS WHILE YOU CAN

Admire them. Cherish them. But keep in mind, you aren’t going to touch them. No sir. Basically they are strip club boobs. As badly as you want to touch them, you’re going to be bounced if you do. You may want to take some mental snapshots for later though.

After my son was born, I thought he was sort of boring. All he did was eat, sleep, crap, and repeat. People will tell you it goes fast and they are right, but you won’t want to listen and it may seem to drag on forever. One of my absolute favorite things to do with my kids was to give them baths when they were babies. Eventually, they will scream at you like you are pouring hot acid on them, so enjoy it.

7. SYMPATHY EATING IS NOT A THING

When my wife would call me to ask me to bring home a chocolate shake from Steak ‘n Shake, I would always think, “Hey, that sounds good, I should get one, too.” I should have done crunches instead. You know that “Freshman 15”? That’s nothing compared to the “New Parent 25.” You may want to store veggies in your car.

8. DO WHAT YOU THINK IS RIGHT, AND DAMN EVERYONE ELSE

The good thing about parenting is that there is no wrong way to do it. People are going to give you lots of unsolicited advice. Just nod your head and smile, then do what you think is best.

9. DO LISTEN TO YOUR FRIENDS WITH BABIES

Just because a person is a “veteran” when it comes to having kids, doesn’t mean they are up on current happenings. If you have questions, ask people who recently went through it or have babies. They are the gold resource.

Believe me, you’re going to make mistakes. We all have and it’s OK. Babies are resilient and you need to be too. Forgive yourself now for anything that may go wrong in the future. Have a sense of humor about it and NEVER TELL YOUR WIFE. Just kidding. Tell her. Maybe.

Once, while severely sleep deprived, I dropped the bottle of milk and it rolled under the couch. I grabbed it in the dark and fed it to him. He cried and screamed and made such a fuss that woke my wife when it was my turn to take care of him. The next morning I found out I had force fed him a bottle that had been under the couch for days which had gone missing. No wonder he screamed. My bad.

A version of these tips for dads-to-be first ran on DadNCharge.

Philly Dads Group co-founder Chris Bernholdt, a former public school art teacher, has been a stay-at-home dad since 2008. A father of three, Chris writes about his adventures as a stay-at-home dad at DadNCharge and is also on Twitter as @DadNCharge. His writing has been featured on CNN iReport, The Good Men Project and he is a contributor to the website, Life of Dad. He is also the blog editor for the National At-Home Dad Network. He lives with his wife Susie and their children in a suburb of Philadelphia.