Our Philips LCD TV was only eight years young and its warmth would light up a room. It gave us incredible memories – like the time that one show was on. Or that other time when that other show was on. And probably reality television. And video games. All of the video games.

Philip, as I called him, had more life to give. But that life was cut short Saturday night, by murder. A TV murder. And the murderer was my son.

I remember years ago, when my son still had that fresh out the womb smell, I distinctly told him that if it ever came down to the Sophie’s Choice of him versus the TV, I’d choose the TV. Before you judge, look – he was a baby. He was up crying all night, every night. And he had two channels: the Unhappy Baby Network and AKPC: the All Kinds of Poop Channel. But my TV had like, pssshhhh, 500 channels. And if I came across crying or poop, I could just turn on The Food Network.

Anyway, this last Saturday, it finally happened. I was in the bathroom reflecting on my life (and playing Street Fighter), and suddenly heard a cry unlike the other daily cries. But it wasn’t accompanied by raised voices. I thought the boy must have hurt himself. Then, I received emergency communication through the bathroom door …

“PHILIP, NOOOOOOOOOOOOOO,” I yelled back. I’ll spare the details, but I got myself back to publicly acceptable condition and stepped into the hallway. I couldn’t look into the living room. I wasn’t ready.

Then the smallest, saddest voice: “Dad…”

I sat down next to my son on his bed. He explained that he broke the TV playing Wii Bowling.

“Philip,” I said. “Please use the TV’s Christian name.”

But then my son broke my heart. He asked, “Do you still love me?”

Full stop on the humor. “Of course I still love you, I’ll always love you.”

“Always. You’ll always be my son no matter what happens.”

Deep breaths. Kids ask these kinds of things because they just don’t know. I mean, how do you learn that people don’t get rid of their kids for breaking the TV other than to just live through it?

So, we went out to dinner. And after dinner, we bought another TV. It gave me a mild heart attack to not do any research, but my wife has taught me to be a little more impulsive in life.

Maybe Philip had to die. He had a lot of life left in him, but he wasn’t 1080p. He didn’t have USB connections. He had a giant bezel. And he’d make a weird clicking sound when he was off, like he was calling us to watch him.

Philip was actually kind of sh*tty. Getting center-punched with a Wii remote was letting him off easy. Just bein’ honest.

My son, on the other hand, is a wonderful, emotional person. He’s worried about who loves him – and though I’m sure some people will think “it’s terrible that boy had to ask if his dad still loves him” – I’m happy that he asks. He’s a kid. Kids don’t understand family, love and all that complicated stuff. So whenever my son needs me to say “I’ll always love you,” I’m happy to do so.

And maybe if he grows a couple of HDMI ports, I’ll love him more than the TV.

Kidding. God, you people are touchy.

A version of TV Murder first appeared on 8BitDad. TV Murder pPhoto by schmilblick on Foter.com / CC BY 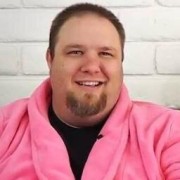