Boys playing with dolls is nothing odd. It can teach our boys many valuable lessons about caring for others, being a parent and more. (Photo: Chris Routly)

Scrolling through my Facebook feed the other day, I found a post that made me both incensed and sad:

Today my 7 yr old nephew was bullied by an adult male member of our family because he has a baby doll. He was called a freak, snide remarks were said to his face, and he was asked how many times he has been in first grade. He was made to feel like he was somehow less of a boy and human being because he has a doll …

The Christmas before he got his baby sister, my ALL-BOY rough & tumble, monster truck loving, camo wearing, hyper masculine, nephew asked for a doll for Christmas. He immediately named it Ben, put his baby boy clothes on it, and has been its “Dad” ever since. He took care of Ben just like he saw his baby sister being cared for. Ben rides in his dump trucks, helps him do yard work, and they pretend to hunt together.

The most bittersweet part is that my nephew’s father has been in jail most of his life. He longs to grow up and be a present Daddy because he doesn’t HAVE his Daddy. Until today he thought wanting to be a Dad was acceptable until a grown man told him that practicing to be a dad makes him weird.

What in the world?!?

Few people have problems these days with girls playing with old-school “boy toys” like trucks, Legos or footballs. While do so many still have issues the boys and “girl toys”?

Boys playing with dolls is a good thing

How do we expect men to become active and engaged dads if boys are still be teased for playing with baby dolls? How do we expect discrimination and gender stereotypes against females to disappear if we still reinforce those macho, stoic roles for males?

If we believe dads are as important as moms when it comes to parenting then we need to give future dads, not just future moms, the opportunity to practice caring for a little one. Boys playing with dolls helps them break the outdated view of a “man’s role” by teaching them responsibility, nurturing and even making them more open-minded as adults.

Still, I struggled to think of how to respond. I wanted to affirm her nephew’s instincts to care for baby doll Ben.

While I thought, other comments started to pile up on the thread, fast and furious.

My son had a doll when he was little. Carried it all over the place. He is a rough and tumble 12 year old now. Who loves babies and will help babysit his cousins all the time. He was teased about the doll and I would put people in their place. Screw ‘em all! Baby dolls don’t do anything for boys except make them more caring.”

In all, more than 100 supportive comments were made, many featuring photos of the writer’s son or nephew and his favorite baby doll.

The next day an update appeared:

To everyone who commented to support my nephew yesterday & today, he and Ben drew a thank you picture for you… And a huge thank you from me. The look of joy in his eyes as I read him your comments and showed him pictures of your boys and partners with their dolls was priceless. He is proud of Ben again and said he is excited that other boys play “practice Daddy” too. So, thank you for helping to give hope back to my nephew. You all are amazing.”

And now I had an idea for my response.

Every night we sing our son to sleep. It’s always Twinkle Twinkle and the ABCs. So naturally, when we gave him a baby doll he wanted to sing his baby to sleep and when his little brother was born, his first instinct when holding him was to sing him the ABCs. 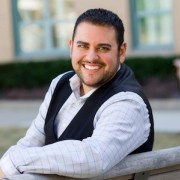