Special moments with your kids can often be missed when you live life in a selfish hurry worrying about washing dishes and sleep. (Photo: Allen Taylor on Unsplash)

Raising a child requires the patience I can only imagine the bar patrons in Cheers had for Woody. You love the guy, but if he sings that “Kelly song” again you’re going to jab a fork in your eye.

I’m just a dad; just a regular guy who still craves time to himself. I would love to go wherever, whenever. I do not miss going out all of the time, but I do miss going in to renew my vehicle registration without having to explain to my oldest son why pancake mix is not something to put in your pockets whilst trying to block my youngest son from eating it off of the ground. Frustration builds over the course of some days and it’s easy to let those special moments go right past you, and I almost missed one last night.

After a glorious day that seemed ripe with pancake-batter-like experiences, I found myself in the midst of a sleep battle with my oldest son. I said, “Go to bed” and he said, “I like trains.” We were at an impasse. We ran the nighttime routine a few times. By the third time, I got him to agree that getting up again would constitute forfeiture of his special treat tomorrow afternoon. We mutually agreed (albeit reluctantly on his part) that it was night-night time. We high-fived on it which made it a binding contract.

Then he got up again.

Let’s be honest: he got up many “agains.” He was running out of tricks, so he resorted to ye olde “I need to poop” trick. I could read the barely contained excitement on my son’s face as he wondered if his ruse would work again tonight. Even though his intentions were as transparent as Obi-Wan’s force ghost, I placated his charade.

He proceeded to sit there, not pooping, and tried to strike up a conversation about blue trains and white coal that doesn’t burn hot. Fascinating as it sounds, I had very important things to do like dishes, laundry, and Plants vs. Zombies.

I’ll admit I was weak. I was teetering on the cusp of enjoying a quiet moment, so I agreed (albeit reluctantly) to read one more story. He can’t quite read yet, so I picked up a book he has not memorized and gave him the edited version. You know, “Four score and seven years ago … however that speech ends. Gettysburg, out!”

I finished the story and headed back out to start the thing which unfortunately had nothing to do with zombies. Within five minutes I saw him hiding, poorly, in the hallway.

Aggravation spilled off my words while I asked him why he was up and out of bed. He said, “Because the shadows are scary.”

Scary? I’m thinking full-sized clown dolls under your bed are scary! C’mon, shadows?!  All you have to do is close your eyes and go to sleep! Please, for the love of my sanity, GO TO SLEEP!!!

I looked at him and saw the discomfort in his face and body language. My raised voice had scared him and still for a moment I considered telling him to go back to bed citing the ever-powerful excuse “because.” It’s easy to let great moments go by.

I thought for a moment about him getting up over and over again, and a tiny little whisper broke through my selfish barricade. Maybe he isn’t trying to rip out the last ounce of sanity you have today. Maybe he’s just scared of the dark.

I hate when I realize I’m being an idiot. I walked him back to his room and taught him what shadows were. After 10 minutes, an impressive light demonstration and some world-class puppeteering, he said (I kid you not), “Thanks, Dad. Shadows aren’t so scary, shadows are fun! Night-night.”

Ugh, gag me with a greeting card, right? He curled up, fell asleep, and I finally got to work on the dishes. I stared at each dish as I scraped the food away and wondered, “Why could this not wait?” I must have been pretty messy cleaning because I somehow ended up with water in my eyes.

It was a great moment I nearly missed. Don’t get me wrong, I’m not trying to give you the whole “give-up-on-yourself-for-your-kids” spiel. I am not above putting on an extra-long episode of whatever educational show of my children’s choice on my babysitter Samsung’s screen for 46 minutes of solace. Through my own stupidity, what I am trying to say is that I need to listen more when my frustration gets nearly out of control.  Sometimes kids are going to break you. Young children do not always know how to tell you something and if your mind is caught up in all of the things shaking up your world, you might miss what’s wrong in theirs.

A version of “Special Moments” first appeared on Just a Dad 247. 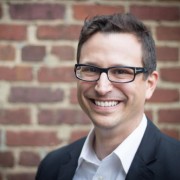