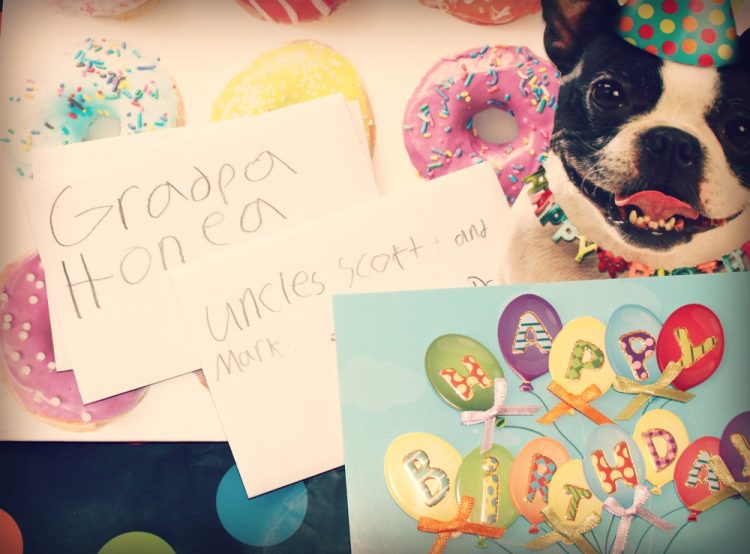 This sleepover extravaganza left a memory that lingered like a hangover. Turns out that staying awake all night isn’t what it used to be.

The cards were admittedly sloppy, competing as they were against time best spent on anything but; however, the sentiment therein was genuine and heartfelt, if not misspelled. That my youngest son, freshly turned to 11, didn’t balk for a moment when I suggested he write thank-you cards was immediately chalked as a victory in this scenario, whereas grammar and penmanship were the battles to be fought another day.

We were working on gratitude in the medium of manners, an art molded with squirming bits of putty, sketched from example and framed by context. Painful lessons may have their place, but this place was not one of them. This was thanks and happy tidings, the type of lessons that shape a foundation, and I never felt a doubt as he scribbled salutations in pencil, the eraser, apparently, ornamental. His attitude, a grasping of empathy with regard to one’s time and giving, was more than enough.

Or, it could be, I was too damned tired to put up a fight.

In theory, we were both still recovering from his birthday party, which was a sleepover extravaganza featuring 12 of his classmates — a dozen tween boys, plus my own two sons, turning our living room into a clown car — a memory that lingered like a hangover. This, despite his falling asleep before the last guest left the next afternoon, then staying that way for 17 hours. I, too, had fallen asleep earlier than normal in the sleepover aftermath, 7 p.m. on a Saturday; but while he had jumped out of bed, bounced straight to his basketball game, and then to the park for no apparent reason, I awoke like Sunday mornings long forgotten, to the bruising pain of a body beaten and a mind even more so. Turns out that staying awake all night isn’t what it used to be.

The laughter from the darkness had me convinced that the only things separating my pillow from the living embodiment of William Golding’s words were a wall of wood and plaster, and a bookshelf full of distraction. Yet, upon my hourly trips down the hallway, it wasn’t “Lord of the Flies” that greeted me, but rather a yellow glow in the night, zapless, with a boy on the screen doing crafts in a mine, and 28 eyes upon it. Then I would return to my bed, wide awake, alone, and far too cranky, my wife having left hours earlier to sleep in the car so as to have something resembling rest before her 6 a.m. workday, and I spoke aloud the mantra of a sleepover parent: “I was a kid once. I was a kid once. I was a kid once.”

Then I tweeted it.

Finally, at 5 a.m., desperately hoping that our eyes might shut before the day yawned open, I took away the last of the electronics, gave one more menacing monologue, stern and steady, then retired again, aching and heavy with fatigue. The night was worn, my spirit weary, and it wasn’t long before the morning mocked us.

If the kids aren't asleep by 6am, I'm getting up and making waffles. 15 can play this game.

It rained hard the next day, harder, in fact, than I have ever seen before. The boys gathered, badly rested and full of good humor, drying themselves in front of the fire after a wet morning in thick grass, plucking at guitars, petting dogs and cheering my son as he opened the gifts they gave him. Behind each there was a joke, a reason or a story, and it was that, a perfect storm of tweens, that he marked upon as he signed the cards to thank them, a smile hand-delivered or stamps for far relations. He wrote them there, warm and happy, a birthday blur at the kitchen table, still sticky with maple.

Whit Honea is author of The Parents' Phrase Book, co-founder of Dads 4 Change, social media manager for the Dad 2.0 Summit, and regular contributor to City Dads Group's Modern Dads Podcast. He lives in the greater Los Angeles area with his wife, two sons, and lots of pets. Now with added Facebook and Twitter!