Milestones are great tools in child development to help measure achievement levels, but don’t get too cocky about them. (Photo: Lesser Family)

My daughter is the smartest kid in her class.

I’m not sure if that’s actually true, but it’s true enough.

She is intelligent and excels at reading, science and math. But this isn’t her college class I’m talking about. She’s not on track to graduate valedictorian of her high school. She’s in second grade.

Second grade, people. There’s supposed to be a big spread of abilities when children are that young. And while it may sound like I’m humblebragging about my girl – and maybe I am a little – my point is parents, including myself, need to get a grip.

Other kids will inevitably catch up to her reading level. Things will click for them in math and science like they somehow already have with her. And then she’ll be playing catch up.

She won’t always be top ranked. At certain points, she just won’t get it and she’ll need a tutor. In the future, I’m sure we’ll worry about her grades and if she’s going to pass this or that test. Even if she is smart, chances are someone will be smarter. She will stumble and have setbacks, and it will be tough for her and us. In academics, sports, the arts, whatever. That’s life.

I’ve already been through these races for milestones with both of my kids. I’ve seen it and been guilty of getting ahead of myself, feeling like their accomplishments are my doing and that they will always be high achievers. I couldn’t help being smug that, in her pre-preschool class of 2- and 3-year-olds, she was one of the few, the proud, the potty trained.

I did my job over the summer. Unlike some slacker parents. And my girl picked up on it right away. She’s so advanced.

Except she relapsed. It may have started with a UTI, the birth of her brother or a bizarre combination of psychological and physical maladies that remain a mystery to modern science, but at the end of the school year, she was back in pull-ups. Potty training the second time around took far longer and was far, far more frustrating. It reminded me to take parenting in stride.

With kids, everything changes. All the time. My son won’t eat hot dogs, anymore. Why not? No idea. I think someone else said they didn’t like them, so he convinced himself he doesn’t either. I’m not worried. They’re just hot dogs. And, more importantly, he’ll probably remember they’re his favorite food next week.

Unlike his sister, he was late in the potty-training game. He just had no interest. But once we (it was definitely a team effort) figured it out, he was able to hold it all night almost immediately. That little trick took his sister quite some time to master, even before the relapse. I was happy not to have to deal with diapers or dirty sheets, but I knew that the situation was a fragile one. And believe me, there have been accidents. Horrible, unspeakable accidents.

Right now, they’re 7 and 4. The milestones that seemed so important at the time — when they first rolled, crawled, walked, spoke, and, yes, wore underpants full-time — are nice memories but are really pretty irrelevant. When all the kids in my daughter’s class get comfortable with reading and basic math, it won’t matter what level everyone was on in the beginning of second grade.

At a certain point, our children’s’ accomplishments will be well-earned, hard-fought and will, hopefully, lead to other achievements and sources of pride for both us and them. Still, don’t get cocky! You never know when your kid will face adversity and metaphorically shit the bed. If you gave him the skills to clean up his mess and move on, then, and only then, can you get a little cocky. But only a little.

A version of this first appeared on Amateur Idiot/Professional Dad. 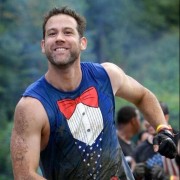