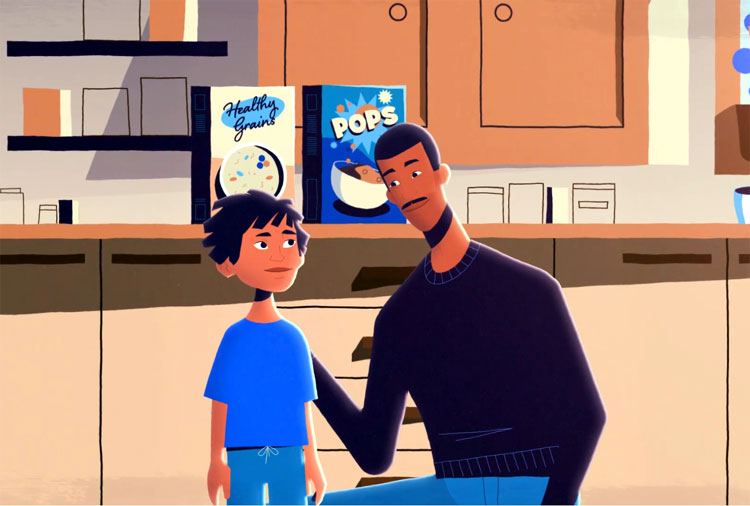 The program has been designed by leading global child behavior experts with assistance from The Movember Foundation, the international organization known for rallying guys to grow mustaches every November to raise awareness about men’s health issues.

Family Man offers animated “choose-your-own-adventure” style episodes coaching dads through difficult parenting situations such as a battle at the dinner table or a public tantrum. Each episode takes less than 15 minutes to complete, and prompts users with different ways to respond to the situation. It then provides feedback on the chosen outcome that can be used when the situation arises in real life.

The foundation stresses Family Man is backed by evidence-based parenting strategies tested by researchers with hundreds of families. The program targets parents of children ages 2 to 8 but the advice can be useful for those with older children as well.

Here is a clever trailer for the program:

While moms will also find Family Man helpful, dads are the target audience. Few dads participate in parenting programs around the world, the researchers found. Men also tend to be less likely to seek help, a byproduct of the self-reliant, stoic gender stereotype.

This interactive advice program may also prove helpful to future dads. Movember officials cite research that 70% of childhood behavior disorders are seen in boys. Receiving guidance from a male figure offers positive role modeling for when a boy becomes a dad later in life.

This is the Movember Foundation’s second online advice program launched in the past year. It released in July Movember Conversations, a tool to help men have difficult discussions with others struggling with a life issue.

The Movember Foundation raises awareness on men’s health issues such as testicular and prostate cancer, and mental health. Since 2003, it’s raised hundreds of millions of dollars to help fund men’s health projects, according to its website. City Dads Group has raised more than $130,000 to support the foundation and its partners over the years.