Replica of the Liberty Bell from the #LEGOAmericana Roadshow

This weekend we were lucky to be taken on a sneak peak tour of the LEGO Americana Roadshow now on display at the Northbrook Court in the North Shore suburbs of Chicago.  This is an exhibit that you won’t want to miss.  It features 10 iconic structures from U.S. History all recreated with LEGO bricks, including a life-size replica of the Liberty Bell.

The children were fascinated and the exhibit  provided fodder for future builds as well as some historical inquiry.  Which is a great way to have fun and learn all at the same time.

The models are scattered throughout the mall and include:

There is also a play area by the U.S. Capitol model for kids (and adults) to put some of their creative energy to work.

The exhibit is on display here in Chicagoland through July 4th and is totally free, it is a great way to have some fun and be patriotic at the same time.  You can get more details  about the exhibit here: THE LEGO® AMERICANA ROADSHOW IN NORTHBROOK, IL 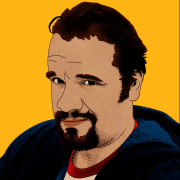