June is almost over, and that means so is National Dairy Month. Members of the Vegas Dads Group celebrated the glory of milk and cheese by visiting and touring Anderson Dairy.

Five dads and seven children got a chance to walk the halls of the dairy and learn the history behind this great company that has been providing milk to the residents of Sin City since 1907.. They watched the machines package milk for schools, ice cream for the stores, and little creamers for the local hotel and casino restaurants.

In my opinion, the Clark County School District Room was the most impressive. The school district is the fifth largest in the United States and growing yearly, so I would think it would take a lot to keep up, but the dairy does an awesome job, cranking out 400 half pints per minute!

Vegas Dads and kids, waiting for the best part of the tour — samples! 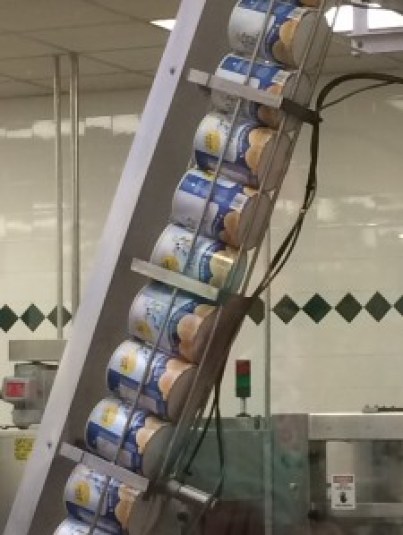 We watched the machines fill up ice cream tubs. It’s hard to imagine that this used to be done by hand!

The Vegas Dads Group thanks Anderson Dairy for taking the time to show us around, and for the ice cream samples afterward! We had a great time, and will be back to see you again, for sure!

What is YOUR favorite ice cream?