Fathers from City Dads Groups around the country banned together to help feed and clothe families on Dec. 1 as part of the international #GivingTuesday celebration, a 24-hour-event day dedicated to giving back to those in need.

Seven of our outposts participated in this year’s #GivingTuesday, up from three City Dads Group that performed civic services in 2014. Here’s some photos of our handy work:

Our San Francisco Dads Group, with a help from a 4,176 payload from Pampers, held a successful diaper drive to benefit the nonprofit Help a Mother Out.

Chicago Dads Group members joined others at a local branch of Feed My Starving Children to pack nearly 30,000 meals into boxes. The meals will feed 81 kids for a year. 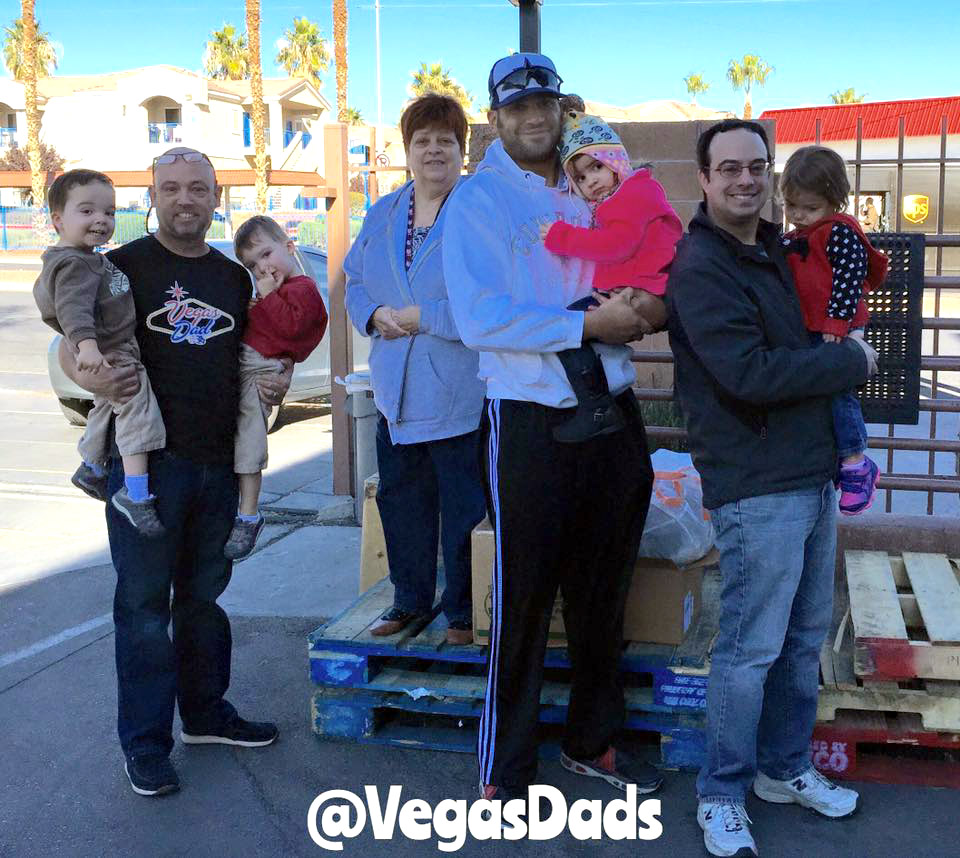 Las Vegas Dads Group members collected and donated clothing and grooming items to The Shade Tree, a local organization that helps homeless or abused women and their children. Members of our Dallas Dads Group dropped off the diapers they had collected in a drive to nonprofit Family Compass.

Kevin McKeever, editor for City Dads Group, is a freelance writer in between his duties as an at-home dad to three: boy, girl and canine. He writes the nationally award-winning "Party of One" newspaper column, tweets at @homeanduncool, and books face at Always Home and Uncool.