Lianne Bassin mixes her background as as a early childhood teacher and yoga instructor into her music for children.

Lianne Bassin describes herself as a “bridge-builder between worlds.” Her background as a singer, early childhood teacher and yoga instructor serve as the backbone for her debut album Breathe In: Children’s Songs for Mindfulness & Awareness.

As a parent of a 6- and a 2-year old, I’m desperately in the search for an alternative to listening to Idina Menzel sing about frozen fractals. Bassin’s album not only is a refreshing voice in the car, but also the content of her lyrics inspires children to open their minds to become mindful of themselves and others.

Interesting idea right? Toddlers and pre-schoolers are mentally in the ego stage where it’s all about them. There’s nothing that can rework the hard-wiring of a 4-year old’s brain who has reached Defcon 1 on the meltdown counter because he will not clean up his room. Bassin’s 20-song album contain songs that groove with messages of calmness and peace. For example, in “Breathe In” she sings:

Intertwined with spoken-word quips from children like “When I take a deep breathe I feel calm” the song actually served as a relaxation peace (pun intended) for my own son who was battling with the challenge of transitioning from Legos to dinnertime. Titles such as “Bye, Bye Thoughts” and “Hugging Words” put many of our lectures we have with our children into extremely happy tunes.

As a parent it’s very challenging and often frustrating to guide our children to follow good behavior and make smart decisions. Whether it’s sharing toys with a friend or finding a different coping mechanism with anger instead of launching a Matchbox car across the room putting a nice little dent in the living room wall, Bassin’s album is chock filled with songs that can assist these situations through song. Another wonderful example lies within the track “Listening Within.” Bassin sings (and whistles) such inspiring lyrics such as:

Bassin’s voice exudes happiness and an overall calmness in her songs. Backed by her guitar and some catchy, toe-tapping beats the album delivers a wonderful alternative to songs about building snowmen and listening to Elmo sing about splishing and splashing.

The album is available for purchase on iTunes, Amazon and on bandcamp page.

“Breathe In” by Lianne Bassin. 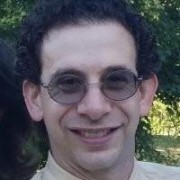 Seth Leibowitz is a special education teacher in Westchester County, N.Y. He created the Westchester Dads Meetup Group, which is now part of NYC Dads Group. In his spare time, he is a professional air guitarist (seriously), a hall-of-fame skeeball player (honestly) and enjoys watching New York Rangers hockey.